The 26th Travel Thingy and How Change Happened - A Guest post

Bhavana is a passionate social worker. Read what changed her vacations into socially meaningful travel, in her guest post here, that am privileged to host. She blogs at Tilling the Earthwoman, a blog that should be on your reading list!

It was 26th January 2001. Pune. I had worked late into the night to bring out a special edition of my departmental newspaper. I was due to go for a vacation later that day. Around 10 a.m. my apartment shook. As a journalist-in-training I immediately called my contacts in the Met department and confirmed quake and its epicenter. Gujarat earthquake had happened.

But you see, I was supposed to leave that day for vacation with my family. I tried to pip about the earthquake and loss of lives. I wanted to tell them that my heart wanted to drop everything and go to Gujarat immediately. But I couldn’t. It was family vacation time.

So I sat in the train miserably, trying not to tell anyone how I felt. Grabbed every possible newspaper to stay updated. Once we reached our destination, I rushed for news. What I heard hurt bad. And yet, I was supposed to visit beaches and temples and museums and what not. I called friends and found that some of my classmates had gone to Gujarat for relief work. I longed to join but instead had to pretend-enjoy lavish dinners and laugh over God Knows What!

That was a travel that troubled me deeply. 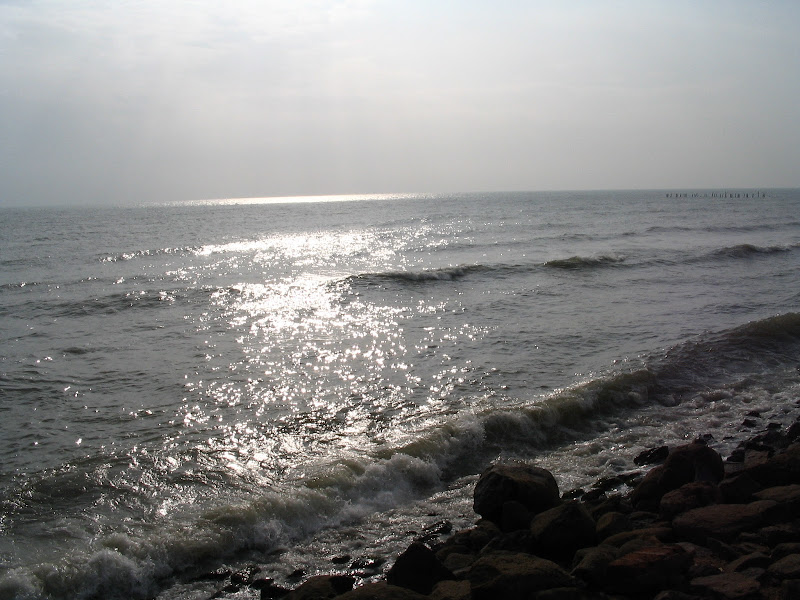 Some years later, by sheer accident, I travelled to India from USA and landed in Chennai on 26th December, 2004. Tsunami had struck few hours back. I had an American friend with whom I had planned a pan-India tour. My family also had planned a navagraha (nine planets) temple tour with me. Once again, I ached. I didn’t want to do any kind of vacationing or touring. I wanted to join in relief efforts. But how to explain that to my parents or my friend?

So, I spend the last days of that deadly December days touring temples in Tamil Nadu, some of which, were strangely in areas where the Tsunami had struck. I watched relief trucks pass by and rumours spread as our car turned and re-routed several times.

And then one evening we went through some villages where I watched relief workers collect grain. The poorest came out of their shanty huts to donate whatever rice/pulses they could part with. That sight broke me completely.  I started sending out emails to my friends working with AID India in USA and to my department colleagues and began reporting live from these areas. I was contacted by Albuquerque’s radio station KUNM and gave whatever inputs I could to the reporter out there.

When I was back in Chennai, my mind was made up. There was no way I could continue to vacation or go on that India tour. It was a hard decision that cost me my friendship. But I have not regretted it.
I diverted the funds I had reserved for vacation into relief efforts and got into the field—collecting and sorting materials till I finally got the opportunity to go directly to site and participate in distributing relief materials.

That was a travel that changed me forever. I no longer hesitate to tell anyone where my priorities lie. And I live with myself more peacefully now.

This is my post written for “Travel that Moved Me” contest, in support of Rang De, conducted by Desi Traveler. For more info on the contest please click here

Quest by Aditya Raj Kapoor My rating: 5 of 5 stars This is one book that can be judged by its cover. On the cover you see the man and ...