Old Berlin also called Alt-Berlin beckoned and we decided to check it out.
The walk to the old town from Alexanderplatz  had a couple of amazing giant murals. 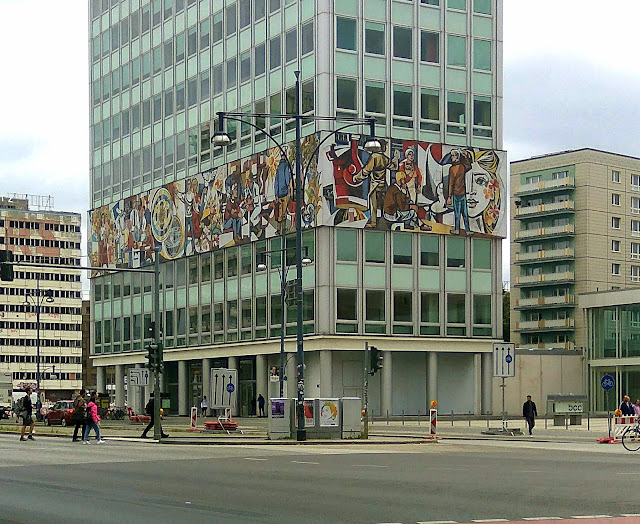 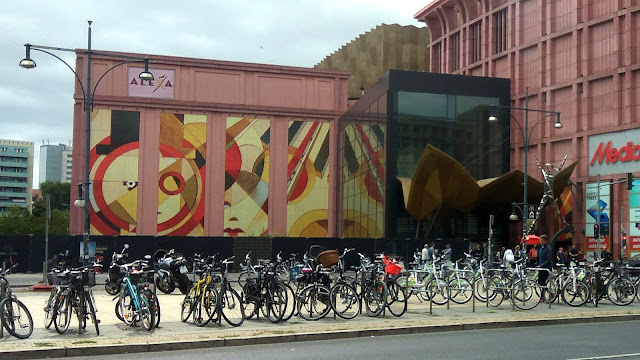 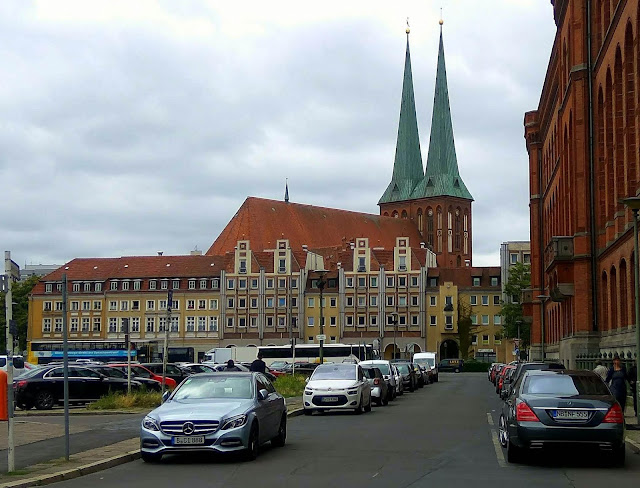 of Alt Berlin which is the reconstructed heart of Berlin.
A few steps ahead and was confronted by this awe inspiring structure – the Old City Hall built in 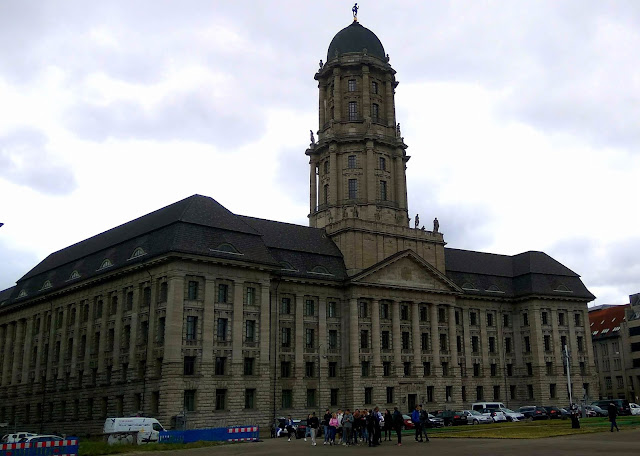 1902–11. Altes Stadthaus (Old City Hall) is a former administrative building in Berlin, currently used by the Senate. During World War II it was completely destroyed and totally refurbished in the 1990s.
Turned my head to be awed by the Rotes Rathaus. The Red Town Hall (Rotes Rathaus), located in 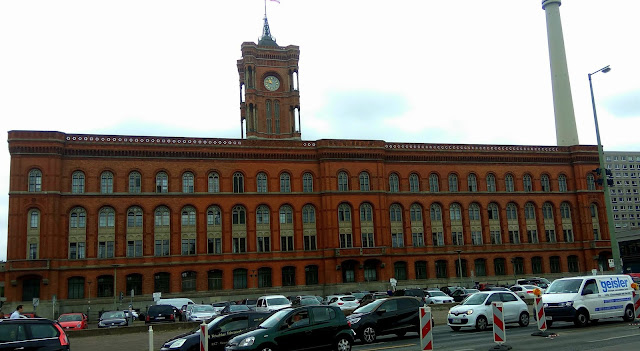 the Mitte district near Alexanderplatz, is one of Berlin's most famous landmarks. It is the seat of the Governing Mayor and the Senate of Berlin. The Red Town Hall derives its name from the façade design which is made up of red bricks. Heavily damaged in World War II, the Red Town Hall was reconstructed in the postwar years.
After a short walk we came across the vintage St.Mary’s church. It is presumed to date from earlier 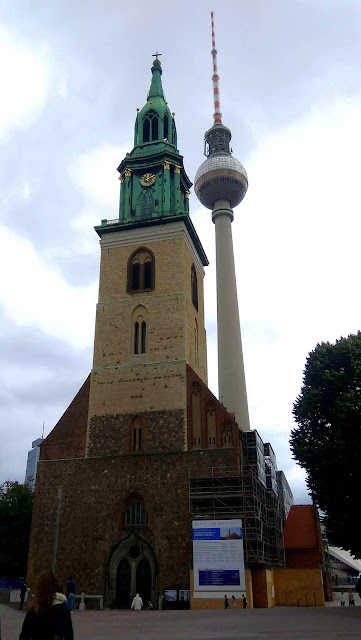 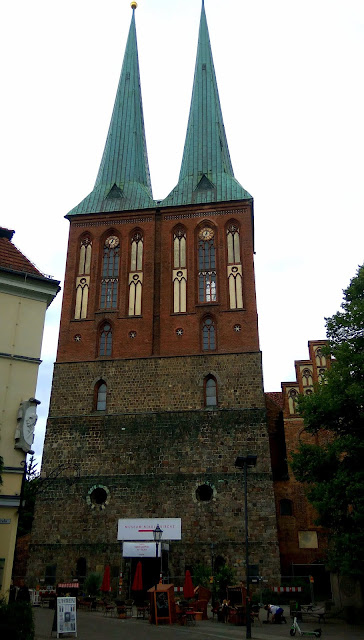 between 1220 and 1230. Originally a Roman Catholic church, the Church of St. Nicholas became a Lutheran church after the Protestant Reformation in the Electorate of Brandenburg in 1539. On Reformation Day in 1938 (October 31) the church building served its congregation for the last time and was given to the government, to be used as a concert hall and ecclesiastical museum. This church too was badly damaged during the war and reconstructed during the post war period and now serves again mainly as a museum and occasionally as a concert venue. It is renowned for its acoustics and the rebuilt church has been equipped with a fine set of 41 bells.
Slightly ahead was the Spree river and on the other side of the river was the magnificent Central and 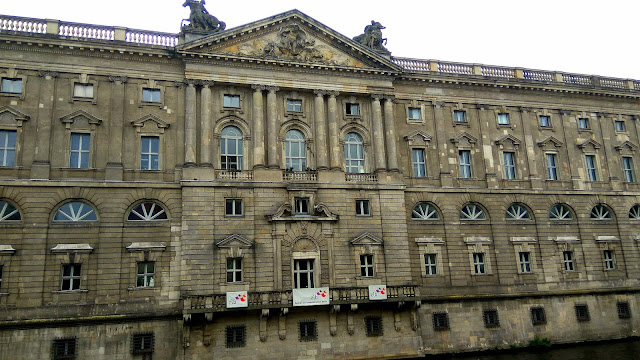 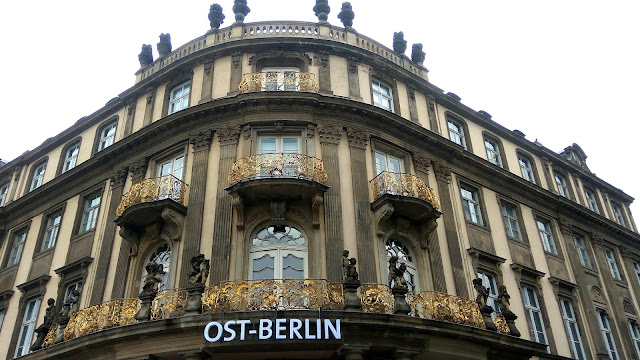 Rococo-style building, originally constructed in 1766. Despite the destruction of the palace in 1936 by Nazi Germany, the beginning of a reconstruction was possible in 1985, as many elements of the facade had been stored in East Germany. Today, the Ephraim Palace is a cultural-heritage property and houses a museum, mostly dealing with cultural topics. It is named after Veitel Heine Ephraim, who hired the experienced architect Friedrich Wilhelm Dieterichs to design it.

As we concluded our Nikolaiviertel walk we passed the under renovation Berlin palace, expected to 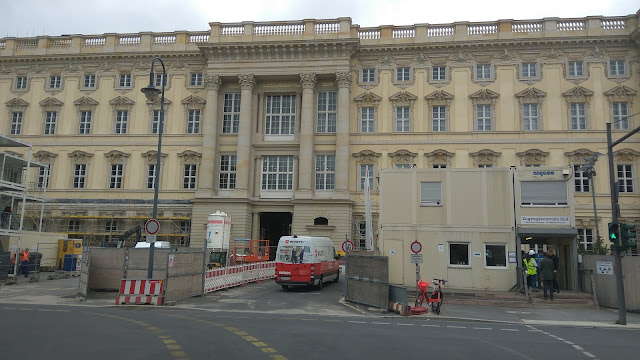 It was indeed a delightful walk through monumental history.


Our next visit to the Royalty was to the three lovely palaces in Potsdam near Berlin – the Sanssouci Palace, the Orangery Palace and the New palace. Read all about it in the next post coming up soon!

That bear ate my pants

That Bear Ate My Pants! by Tony James Slater My rating: 3 of 5 stars A compilation of episodes of the adventures of a young Englishma...