A tale of 3 palaces and a park

You step out of Berlin and enter Potsdam – a popular tourist destination. It is popular for the palaces and parks. We visited Potsdam to check out the three famous palaces – Sans Souci, Orangery and the New palace, each one unique in its architecture and layout though all in walking distances from each other. 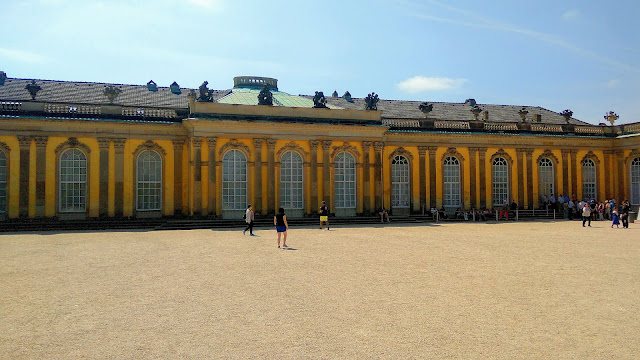 Our first stop was the Sans Souci palace, disappointing at first sight, not at all impressive as a palace 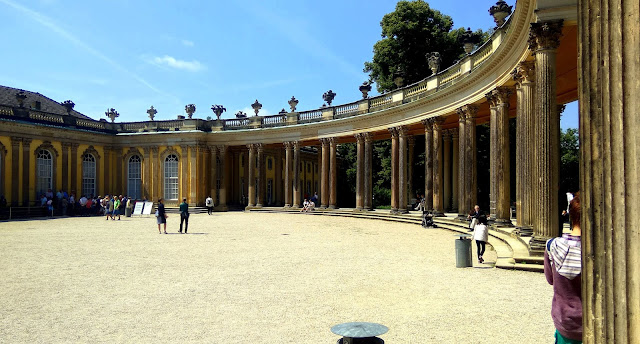 It was the summer palace of Frederick the Great, King of Prussia and despite its 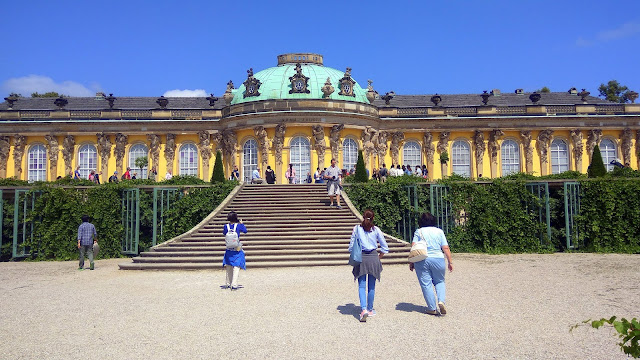 diminutive size was considered the German rival of the French Versailles. The palace was designed and built by George Wenceslaus von Knobelsdorff between 1745 and 1747 to fulfil King Frederick's 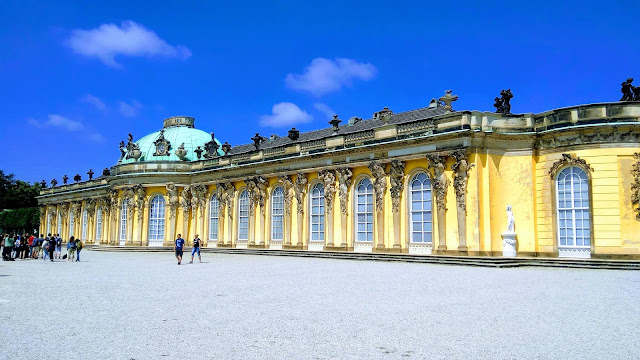 need for a private residence where he could relax, away from the pomp and ceremony of the Berlin court. Hence the cosy ambiance I suppose. As a matter of fact ‘Sans Souci’ in French means ‘without worry’ or carefree.

The palace was renovated during the nineteenth century by Frederick William IV and was a favourite place of residence for the German imperial family until the fall of the Hohenzollern dynasty in 1918.
Following the terracing of the vineyard and the completion of the palace, Frederick turned his

attention to the landscaping of the greater vicinity of the palace and thus began the creation of Sans Souci Park by planting over three thousand trees producing oranges, melons, peaches and bananas. 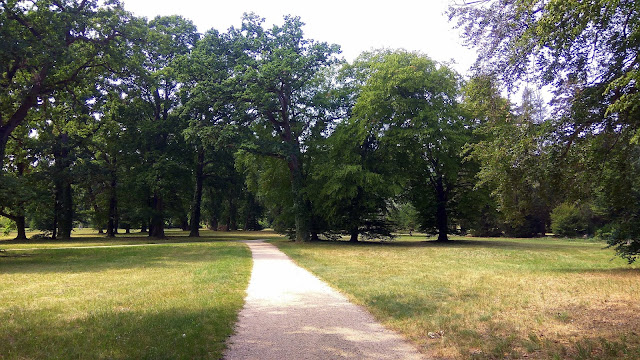 After World War II it became a tourist destination in East Germany and in 1991, following German reunification, Frederick's casket was interred in the terrace of the vineyard of Sans souci – in the still 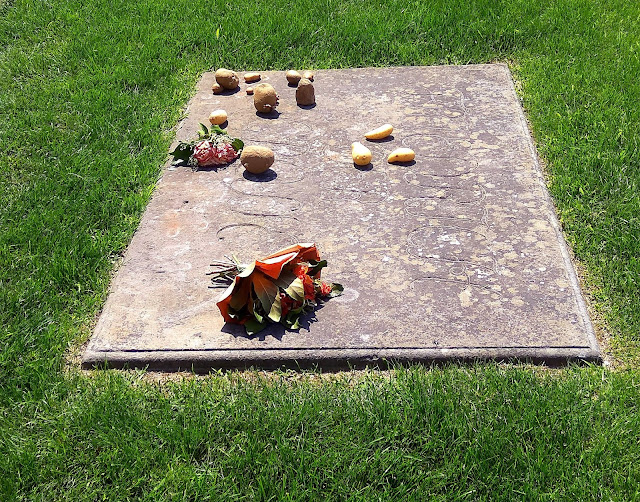 existing crypt he had built there – after dark, without pomp, in accordance with his will. Sans Souci palace and its gardens became a World heritage Site in 1990.


A short walk through the beautiful gardens and we were outside the Orangery Palace. Was not 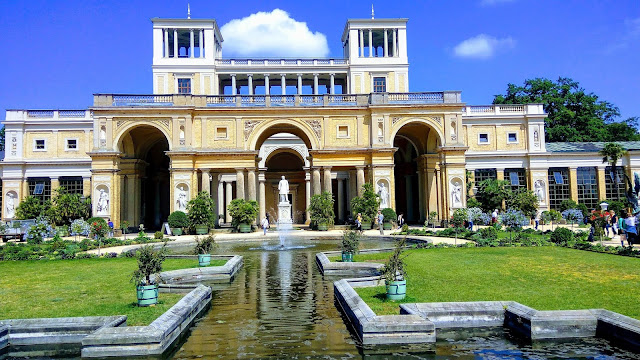 expecting anything spectacular after the disappointment of seeing the Sans Souci but was pleasantly surprised. Well, this was nothing spectacular but was a moderately impressive structure. This was designed and built by Frederick IV, the ‘Romantic on the throne’ between 1851 and 1864.

The building, with its 300 meter long front, was built in the style of the Italian Renaissance, after the image of the Villa Medici in Rome and the Uffizi in Florence.
The building in the centre is the actual palace while the halls adjacent to it are the plant halls where plants from the park are kept during winter under controlled temperatures.
Since 1990 the Orangery Palace has been declared a United Nations Heritage Site.

Further down, on the Western side of the Sans Souci Park is the real impressive palace – The New Palace built by Frederick II between 1763 and 1769 and considered to be the last great Prussian Baroque Palace.

For the King, the New Palace was not a principal residence, but a display for the reception of important royals and dignitaries. It had over 200 rooms, four principal gathering rooms and a theatre for royal functions, balls and state occasions. The centre portion of the palace was crowned with an enormous dome, at the top of which were placed the Three Graces supporting the Prussian royal crown. Additionally, the north and south auxiliary wings are crowned with domes surmounted by gilded eagles. Opposite to the palace’s westward-opening court of honour are the Communs, designed 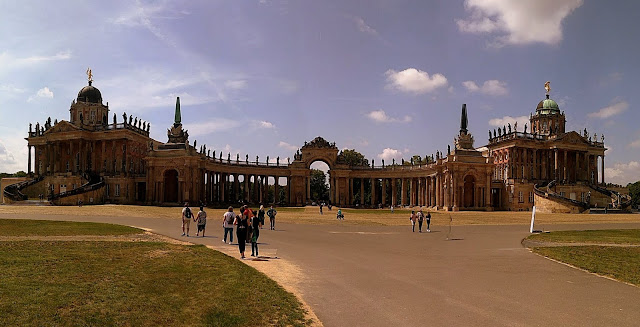 by Carl von Gontard and Jean Laurent Le Geay. Styled in the same manner as the palace itself, the two buildings housed the royal kitchens, utilities, gardeners’ shops, palace guards and servants. Today the buildings are used by the University of Potsdam.

Thus ends my tale of the three palaces and a park in Potsdam. Have not given you an intense dose of history as there is plenty available on the internet for those wanting to go into the detailed history of these palaces and their builders.

We could not enter the palaces as either there were long queues or no slots available so if you wish to spend time in the exploration of the interiors you will do well to book your entrance tickets online prior to your visit.

That bear ate my pants

That Bear Ate My Pants! by Tony James Slater My rating: 3 of 5 stars A compilation of episodes of the adventures of a young Englishma...